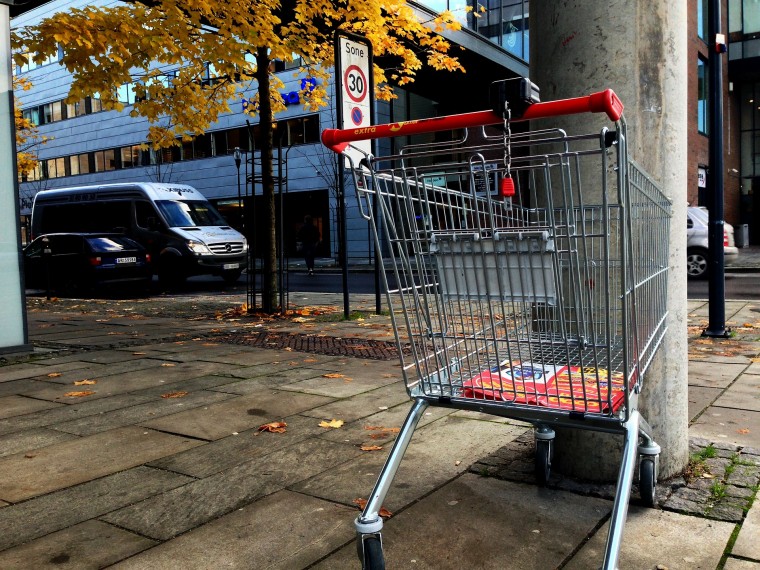 By the time we rolled out of the church parking lot yesterday, it was 56 degrees and sunny, this is rare on a February day in Michigan. Evidently, I was not the only person who needed a rotisserie chicken for lunch and decided making a quick Costco run might be a nice way to get out for a bit.

I pictured getting my three people out of the vehicle, mittens & hats left behind in the van, no one squealing at me to announce the bone-chilling temperature as I scrambled first to get baby brother into the cart. Mark was playing guitar for the first and second service and our speedy Costco run would get us out for a few minutes, get us an easy Sunday lunch, and we’d be home before Mark.

When the carts were few and far between, and I had to park in the next county I should have taken these as signs that Monday would be a better Costco-run day.  But, we trundled ourselves into the store overflowing with Sunday shoppers. Seconds after crossing the threshold and flashing our membership card, the girls remembered Costco sometimes has samples.

The sheer volume of people in Costco already had me feeling uneasy.  Sometime since the last trip to Costco, they had entirely rearranged the store causing me to take three laps around the lobster bisque and butternut squash soup section desperately searching for ground turkey.  This route also led us past the microwave pot roast sample three times–the first time they were out of samples, the second time I snatched two for the girls, the third time Charlotte was bellowing, “I see another sample,” refusing to believe me when I told her we had already tried that sample.

Ground turkey in cart, we proceeded to find a few other items, as long as I had gotten myself into this Costco-mob mess. My girls’ enthusiasm for samples didn’t waver and they loudly announced each time they saw a sample cart. I would attempt to slip in and grab a sample for each of them, and every time my cart would somehow become pinned in by families of five & retired couples who must have all the time in the world to consider the taste, texture, and price of the samples while their bodies and carts immobilized mine.

And, mommas, all this while baby boy was trying to nab the samples from his sisters, and my bangs were hanging in my face getting  greasy and sweaty (real problems here, right?) and I could not remember what else I wanted to grab.

By the time our receipt had been highlighted and we were rolling towards our van, I felt like a million holes had been poked in my religion. Let me explain, when I left church with my little people, I was refilled, refueled, repurposed, and ready for what God brought in the upcoming week.  Our worship was powerful, the message was convicting & challenging, and my response had been authentic.  And yet, slow-moving sample eaters, sweaty bangs, and a rearranged produce section had poked holes in all of it.  It felt as if I’d left it all in puddles in the frozen section of Costco–drip by drip with my grumpy tone of voice & sighs.

This hole-poking, it is a tool of the enemy.

If he can’t stop you, he’ll distract & discourage you.  If he can’t turn you around, he will make you ineffective.

So, if we want to walk out of Costco still behaving like Jesus followers, we need to expect the enemy to be looking for places to poke. And when he pokes, let’s not be such easy bait,

– let’s thank God that we are following Him in such a way that we are ticking off the devil,

– let’s choose to be quiet until God’s graces us with the right words & tone.

– And, let’s put Ephesians 4:2 on our phones, and say it out loud (by the Lobster Bisque at Costco if necessary), “Be completely humble and gentle; be patient, bearing with one another in love.”

And when the holes are poked and you walk out of Costco feeling defeated; receive His grace and try again. 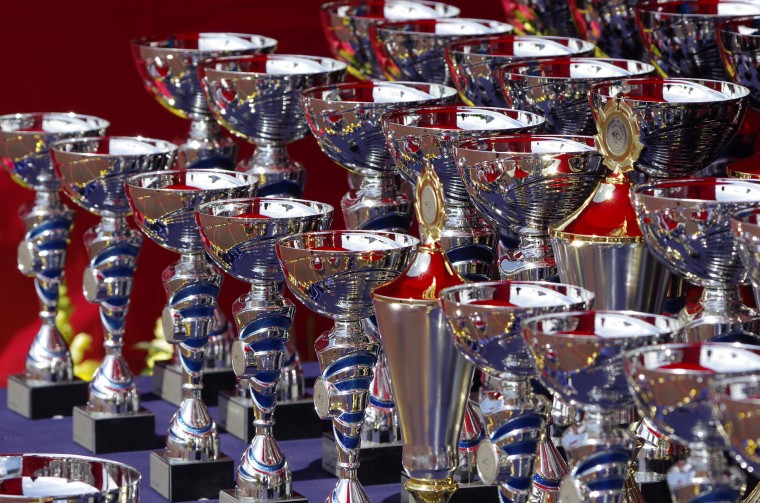 Four of our clan of five succumbed to a stomach bug as this week began–rather than being in church Sunday morning, we were laying on various couches, near toilets, nursing fevers, and pushing back nausea (which is why you didn’t see a post from me Monday morning).

Monday afternoon, while baby boy napped, the girls still wanted me nearby, and I couldn’t stand simply watching Open Season 3 (after Open Season & Open Season 2); further, if I sat still for more than 10 minutes I would surely fall asleep and promptly be needed by one of my people. So, naturally, as I sat in front of the couches listening to their giggles, I organized.

Sorting through the papers in our overflowing filing cabinet has been on my list for awhile.  So, I hauled the papers up in a tub, and sorted.  I made a pile to keep and label, a pile to shred, and a large pile for the trashcan. One of my piles that was headed for the trash was difficult to part with–it was a pile from my middle school teaching years.  A pile full of evaluations from my principal and mentor teacher, letters of recommendation when I had sought the position, & other letters of recommendation that helped with my entrance to my master’s program. A pile singing my praises–paper accolades.

Without a legitimate reason to keep the pile, it was still difficult to deposit it into the dumpster; because, as I did I wondered if I’d ever have one like that again.  God has me in a different place now–I am (primarily) a stay-at-home mom & a part-time adjunct professor.  My current station in life comes with fewer (zero) letters written about my excellence as a writer and teacher.  It isn’t very often (okay, never) that someone comes to my home to observe my mothering and make specific notes of all my fine qualities and well-executed plans as I was accustomed to in my middle-school classroom.

Let me be clear, I have a husband who cheers me on–he daily encourages me and tells me I’m a great mom. I have a godly momma who exhorts me & a few dear friends who pray for me and speak encouraging truth. But, you know as well as I do that only your Abba Father knows how much you have to lean into the work of motherhood.  Only He knows the physical exhaustion that you smile through as you read another book, make another meal, kiss your babies goodbye another day. It is unlikely you or I will ever have files full & reminding us of the great work we are doing in our homes.

Some of you who work outside of the home may even feel the stark contrast of recognition of your achievements in your career versus the quiet work of raising and equipping people to follow after Jesus, keeping a home, nourishing your people, & cherishing your husband.

But, momma, even my first-born, recovering people-pleaser, heart is learning that better than a pile of praises, or even encouragement from my husband is knowing I am piling myself into the work Jesus has given me. It is hard, but it is good for us to know we are emptying ourselves to fill others because as we do that, we are like Jesus. And as we are more like Him, we care less about the paper accolades and more about the eternal ones.

So down to the curb with that dumpster! 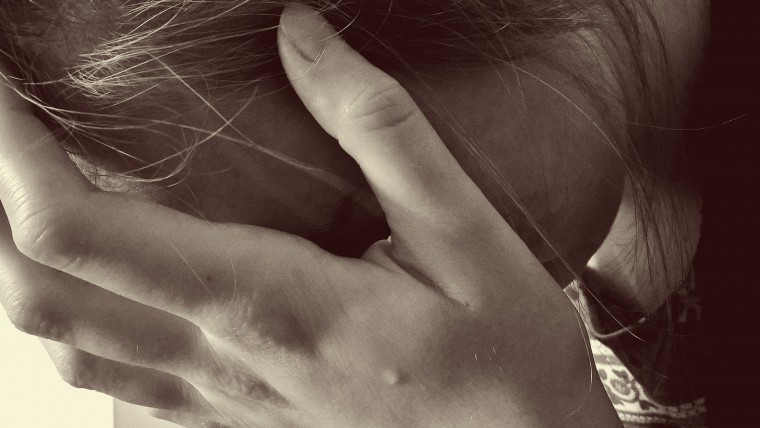 I chopped potatoes for our Thursday dinner willing my phone to make a sound. My trembling hand slipped around on the knife’s handle and my breath felt like it was running away from me.  As I tossed potatoes onto a cookie sheet, Mark was sitting in his parents’ living room.  Our brother-in-law had called and asked that Mark & his parents meet he and his sister there following the afternoon oncology appointment we had all been counting down to the previous three days.

We had been praying, despite the frightening bloodwork results on Monday, that it was a fluke.  A strange reactions–a genetic mutation–an infection.  Anything else, Lord. Not leukemia. Please. Please not leukemia. On Thursday, through many tears, in their parents’ living room, Mark’s older sister reported the doctor had confirmed all of our fears–leukemia.

Here we are, two weeks later.  My dear sister is daily choosing to believe and declare who God is despite pain, discouragement, frustration, and so many unanswered questions. She has a mighty community of prayer warriors, and God has already shown himself faithful.

But, she is weary, I hear it in her voice.  I see it in her precious smile. There are more questions right now than answers, and if it makes me feel stuck; so, I cannot imagine her feelings. And I cried out to God, again, when we learned chemo alone won’t be enough. I told Him I was angry, told him I felt trapped & unable to help in any real way.

I want her suffering to stop. I want to call out, Okay! Enough!  My love for her makes me want to carry part of her burden. I want to do something, anything to lift some of her heaviness.

To my dismay, God, graciously, reminded me that I am helpless in the face of leukemia. I am unable to carry any of her burden, but I know someone who can.

“Come to me, all you who are weary and burdened, and I will give you rest.  Take my yoke upon you and learn from me, for I am gentle and humble in heart, and you will find rest for your souls.” Matthew 11:28-29

So, if I believe He is the only one capable of carrying the ache of suffering, then the only reasonable response is to commit my dear sister to His care.

Let me be clear, since that uncomfortable blood work on Monday, my intercession for her has not ceased.  But, in the last few days, have I realized I will also be without rest, in my spirit, if I don’t choose to trust Our Father’s love for my sister. As I relish in the way He has loved me, as I review His faithfulness to me, I am able to start releasing this one I love deeply to His care and trust that it is the safest place for her.

And, if I trust His love for her, I trust that though He may not deliver her out of the suffering today, He will supply her with all the fullness of His own presence, joy, & peace. He will give to her himself.

Our world is broken, suffering, or still healing from having suffered. Can I encourage your soul this morning?  Keep interceding over your people who are hurting, but trust His love for them and let Him do the carrying.